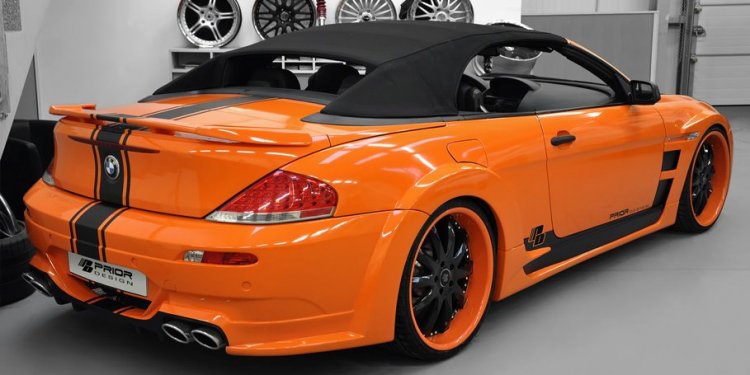 You've probably heard of a turbocharger, which is a thing that you put in your engine to make your car faster. I don't completely understand what it does, and for the purposes of this article, all you need to know is that it's considered cool to have turbo. Now, there are two ways to let someone know your car has a turbocharger (and that you are therefore cool). One is to put a sticker on it saying so - more on that later - and the second is to make sure everyone hears the sound it makes.

So if you're putting your thinking caps on, it might be dawning on you that there's no reason to pay for this:

If you can just pay for this:

That's right, that's a speaker system. A speaker system that can mimic the characteristic turbo sound. It even comes with a switch, so you can turn on the sound at stoplights and near attractive girls. (Feel free to call that sexist if you can show me a video of a girl revving a fake engine to impress a handsome man passing by.)

Listen to this awesomely sad piece of technology for yourself:

If you have this thing, I'm not sure why you need a car at all. Every time the girl calls, you just run these in the background and say, "I'm sorry, I'm having trouble hearing you over my turbocharger. Hold on, I have to ramp something."

Then when you see her in person, just tell her it's in the shop. The turbocharger shop.

First, you have to understand the difference between a spoiler and a wing. They're both those little tail pieces on the back of a car whose main functionality on a street-legal vehicle is to look cool and make your trunk a little harder to open. The spoiler is the one with no gap and, just as a random example, here is this completely tasteful Civic Si factory spoiler.

Clearly owned by someone with excellent taste.

A spoiler's purpose is basically to decrease the slope of the airflow path down the back of the car, which allegedly decreases drag, increases mileage and keeps your rear window cleaner. Does my tiny two-inch high spoiler really do all that? I don't know. But even if it doesn't do any of that Voodoo aerodynamics magic for me, at least it doesn't hurt my car.

The same can't be said for wings:

But all the fastest race cars have wings, you might think. I see them on Formula-1-type cars all the time!

It's important to remember that F1 cars go really really fast. At those speeds, pushing your tires down (which is what a wing does) actually makes a noticeable difference in steering and control. I'm willing to bet about 70 percent of cars with oversized wings are actually physically unable to reach a speed at which the wing's downforce would help.

Not only that, but rice rockets almost always have only a rear wing, and have front wheel drive and steering. Basically, if the wing is having any effect, it's picking up the wheels you want to push down.

Wheelies only look cool when you do them on purpose.

And on top of that, most rice rocketeers wouldn't know aerodynamics if that scientific discipline took on corporeal form and bit them in the ass. So they end up buying wings that aren't even shaped for providing any downforce. Hell, they could even be providing lift. Or more likely just being heavy, creating drag and making your car slower than grandma's stock Corolla in the next lane.

You might think at this point that a giant wing is the stupidest thing you could put on the back of your car but you would be wrong.

You could put three wings! In a place where no oncoming air can get to them! That's thinking out of the box, kid.