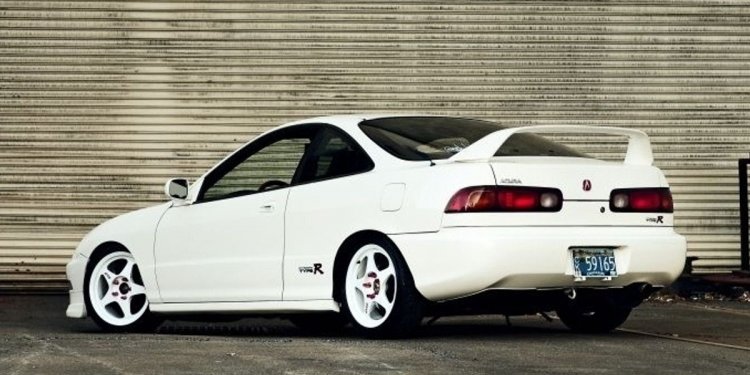 Last week, we dragged you kicking and screaming into the Hell Garage and forced you to choose eternity with a Sunbeam Rapier or an Opel Manta, which satisfied both the "cool cars" and "difficult cars" requirements that we insist on here. This week, though, we've decided to get a little more topical, because the rule that allows cars 25 years or older to be imported, more or less legally, into the United States now applies to 1989 model-year vehicles.

1989 was an excellent year for Japanese-market cars, and of course most of the excitement seems to be applied to R32 Nissan Skylines. Sure, the R32 is a fine car, but why take on the same Hell Project as so many others? That's why we've found you a couple of high-performance editions of lesser-known JDM machines from 1989, priced way cheaper than R32 Skyline GT-Rs… and you get to choose!

Yes, Toyota made a Corona GT-R.

While the Corona was possibly the most boring car Toyota sold during its early days in the United States, things were different back in the Japanese home market. GT versions of the Corona could be had with screaming high-performance engines, even going to berserk-looking turbocharged versions featuring James Bond-themed ads. By 1989, Japanese buyers could get a Corona GT-R packing 158 horses of 3S-GE power, while Americans had to make do with ho-hum Cressidas and Camrys. Now it's possible to have one of these cars in the United States without resorting to dodgy VIN-swapping schemes or other go-directly-to-jail avenues, so we've found this 1989 Toyota Corona GT-R sedan in Japan (go here if the listing disappears), with a $3, 170 price tag.

It will cost another couple of thousand to ship it to a West Coast port, and some unknown amount of money to get it through US Customs, and a further unknown amount of money to get it registered in your (probably disapproving) state. Did we mention that the 25-year rule is a Federal deal only, and that every state has its own hoops to jump through for this sort of import? No? Well, don't worry! It will all work out just fine, we're sure.

The translation of the description of this car creates more questions than it answers; for example, this car is "relaxable" and "commonly used." Will it need work? Maybe. Is there hidden rust? Could be. Can you get parts? Sure, drivetrain and brake parts should be possible; body, trim parts, and glass, not so much.

Yes, it even has BROUGHAM emblems on the wheel covers.

That Corona would be pretty quick and therefore fun, but let's say you're feeling like more of a VIP than a typical Corona driver, perhaps even yearning for the days when every Detroit automaker sold extra-luxurious Brougham editions of their cars. You're in luck! It turns out that Nissan kept the Brougham name alive well into the current century, long after everyone else de-Broughamized their lines, making the company the Brougham King of the World.

In 1989, the top-of-the-line Nissan Cedric was the Cedric Brougham VIP Turbo, and it goes without saying that this is one of the greatest car names in history. Would you believe that it's possible for a mere mortal such as yourself to own one of these cars? It's true! We've found this 1989 Nissan Cedric Brougham VIP Turbo in Japan (go here if the listing disappears), and the seller wants just $6, 470 for it. You get a VG20DET turbocharged V6 engine, a built-in humidifier, more buttons and controls than your average dozen ordinary 1989 cars, VIP and Brougham emblems all over the place, and the kind of JDM luxury that went away after the Japanese Asset Price Bubble popped.

Will it need work? We can't say! Don't worry about that, though— instead, imagine how you'll tell the valet that you're the owner of the Cedric Brougham VIP Turbo.