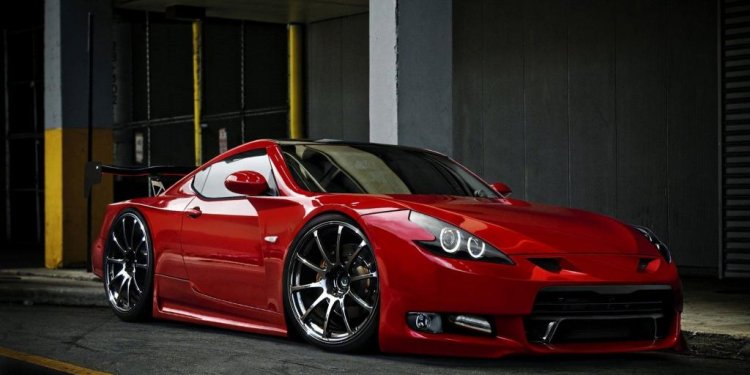 With Japanese automakers airing on the side of “family friendly” with every new model release, automotive enthusiasts, especially members of the Gran Turismo generation, can’t help but yearn for the glory days. The 1990s were the peak for Honda, Toyota, Mitsubishi, and Mazda, with a myriad of sports cars and European giant-slayers to choose from, many of which were affordable to the working class speed junkie.

Our recent review of the Honda S2000 CR made us nostalgic for a time not-so-long past. The S2000, released in 1999, was a bit of a swansong for the Japanese sports cars we knew and loved, with the only modern carryovers being the Mazda MX-5 Miata and the Scion FR-S/Subaru BRZ, among few others. So in honor of the golden age of motoring in the Land of the Rising Sun, here are 10 Japanese sports cars that we desperately want back.

We kick off the list with one of the true icons of an era. Making its U.S. market debut in 1993, the third generation RX-7 was, and still is, one of the best handling cars of all time. With a 1.3-liter twin-sequential turbo rotary engine putting out 255-hp, Mazda’s iconic sports car was named Motor Trend’s Import Car of the Year for 1993, back when they used to separate American and foreign car awards. It was also named to Car and Driver’s Ten Best list for every year it was available in the U.S.

Sadly, the rotary engine is no longer among Mazda’s lineup, with the end of the RX-8 coming just one short year ago. But to this day, the FD RX-7 remains an incredible performance bargain, and we would love to see its return.

The MR2 is a prime example of the age when Japanese automakers dared to be bold, unfazed by the need to meet sales demands or appease the bottom line. With rear-wheel-drive and a mid-mounted 2.2-liter 4-cylinder or 2.0-liter turbocharged 4-cylinder, the MR2 was a hoot to drive, and opened the world of mid-engined motoring to the masses. With up to 200-hp until the end of its production in 1995, the second generation MR2 would do well as a working-class Porsche Boxster/Cayman rival, and would send the message to the masses that Toyota wants to be fun again.

While the current Accord Coupe could be considered the modern equivalent, it just can’t match up to the Prelude’s light weight and impeccable chassis tuning. The fourth and fifth generation Honda Prelude featured a range of 4-cylinder engines putting out up to 200-hp in SH spec. Built with front-wheel-drive and available with a smooth 5-speed manual, the Prelude remains a favorite among motorists on a budget, proving that “wrong-wheel-drive” can still be a whole lot of fun.

The Mitsubishi 3000GT, seen here in rare convertible form, was a technical marvel in the early 90s

Mitsubishi’s outlandish 3000GT is a relic of a time long past for an automaker that seems to have lost its stride in a big way. Upon its inception in 1991, the 3000GT in top-spec VR-4 trim offered technology seen only on today’s high-end sports cars. The VR-4 was equipped with four-wheel-drive, four-wheel-steering, electronically-adjustable suspension, and automatic spoilers and aerodynamic effects, all of which are available on the brand-new Porsche 911 Turbo 23 years later! With a max output of 320-hp from the 3.0-liter twin-turbo V6, the 3000GT was incredibly bold and wildly unique. If only Mitsubishi would look a little harder at its own history…

The Acura Integra Type-R was underappreciated in its day, but today un-modified examples are highly coveted

The Integra Type-R was a punchy little front-drive coupe that can hold its own with many of today’s modern hot hatchbacks and sporty economy cars. The Type-R was good for 195-hp from its 1.8-liter 4-cylinder, and could return almost 30-mpg on the highway, matching up quite nicely with the current Honda Civic Si. Sadly, Acura show no signs of offering a reboot any time soon, and finding an un-modified Type-R is just about as difficult as spotting a unicorn in Central Park.

While we have a modern equivalent of the excellent 300ZX in the form of the 370Z, the 240SX has no true spiritual successor in Nissan’s lineup. The Altima Coupe is a sporty take on the near-best-selling midsize sedan, but it can’t hold a candle to the raw handling prowess of the second generation 240. With a 2.4-liter inline 4-cylinder putting out only 155-hp to the rear wheels, the 240SX left much to be desired in the horsepower department, but the chassis was able to handle much, much more. Some simple modifications can turn this neo-Datsun into a serious back road barn-burner.

The Mazda MX-6 still looks good 20 years after its debut, with a curvy coupe body that is undeniably 90s

With some seriously curvaceous sheet metal and an available smooth and potent 2.5-liter V-6, the Mazda MX-6 remains one of the best coupes of the 90s. Available with up to 200-hp upon its demise in 1997, the MX-6 was a direct rival to the Honda Prelude, and was just as capable in every way. Despite a current lineup of excellent-handling cars like the Mazda3 and Mazda6, the Hiroshima-based automaker is still lacking a sporty coupe for those who can do without 4 doors.

The most recent two generations of the Mitsubishi Eclipse can be filed under the “missed opportunities/utterly disappointing” category in the sports car archives, but the mid-to-late 90s is when the Eclipse was at its prime. With a 210-hp 2.0-liter turbocharged inline 4-cylinder powering the front or all four wheels, the curvy second generation Eclipse could hold its own with the best sports cars out there, not to mention several established all-wheel-drive competitors. While the most recent Eclipse was a subjectively good-looking car, it lacked the spunky, well-tuned nature of its most memorable predecessor.

The Mark IV Toyota Supra is a Japanese icon, with original turbocharged examples fetching over $50, 000 today

Is there a more iconic Japanese sports car than the incredible Mark IV Supra? Complete with a cartoonishly-rounded shape and ridiculous curved spoiler, the Toyota Supra is the holy grail of Japanese coupes among performance enthusiasts. The Supra was available in base trim with the incredibly capable 3.0-liter inline-6 putting out 220-horsepower, but more serious customers could opt for the monster 320-hp twin-turbo version. Unfortunately, many surviving models have been modified by the tuner crowd beyond recognition, so finding an original-spec Supra is extremely difficult. But fear not! Toyota’s recent FT-1 concept could signal the return of the iconic giant-slayer.