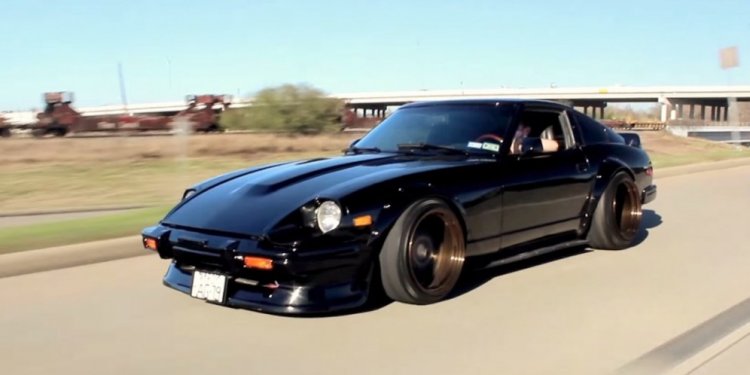 Project CARS, in partnership with Ginetta Cars, launch the ‘Ginetta x Project CARS Esports Cup’, a fully manufacturer-backed, international Esports racing competition with £5, 000 in prizes
Ginetta Cars have been launching the motorsport careers of young chargers for a decade, so their decision to enter the world of simulated racing is great news for everyone involved. Now you too can get involved with a company that is dedicated to fostering, promoting, and creating motorsport opportunities for talented drivers. How? Simply register for the ‘Ginetta x Project CARS Esports Cup’, and bring your best against the best in Novembe

Ginetta Cars is a British specialist builder of racing and sports-cars, as well as a major player in the motorsport world who run a number of professional championships across the calendar, in addition to catering for racers all the way through from novices to drivers looking to compete in cutting-edge prototype sports-car series. Ginetta, who have been building race cars since the 1950s, runs three championships a season, two of which feature as support races for the UK’s premiere racing series, the British Touring Car Championship. If you happened to watch Le Mans this year, you might also have seen the Ginetta leading the LMP3 class with young star Charlie Robertson behind the wheel. Motor racing is in the company’s DNA.

The high-end British-based car manufacturer, based in a state-of-the-art factory in Leeds, has been at the business-end of creating motorsport opportunities for young drivers for a decade, too, ever since the introduction of the Ginetta Junior Championships in 2005, and continues to be at the forefront of familiarizing young drivers to the sport. This unique and highly-successful championship is tailored to provide an affordable and competitive entry-point into the world of motor racing for aspiring and talented drivers between the ages of 14 and 17. Young drivers are afforded an entry point into a scalable career-ladder through the various Ginetta championships, and provides UK-based youngsters the opportunity to ultimately compete in top-level GT racing, or even top-tier single-seater racing.
With entry into the world of motorsport beyond the financial and commercial possibilities of so many talented and fast drivers out there, the Ginetta Junior Championship remains an indispensable and crucial gateway into this elite world. The championship has become, in ten short years, an institution, one that is both highly-praised and respected by former competitors, the motoring media, and within the motorsport community at large.

The Ginetta Junior Championship has seen over 250 kids come racing through the program in identical Ginetta G40s. The championship runs as support races to the enormously popular British Touring Car Championship, and this affords these ambitious young charges the kind of TV and live audience exposure that can make professional careers: as entry-points go into the real-world of motorsport, there are not many programs that can compete with Ginetta’s Junior Championship both from a commercial, or a results, vantage point.

Dino Zamparelli is a perfect illustration of the type of career that Ginetta’s Junior Championship can forge, going from the series’ champion in 2007 all the way up through European single-seaters, a finalist in the 2011 McLaren Autosport BRDC Award, and a member of the Marussia Manor Racing F1 Team Young Driver Program.

Meanwhile, the Ginetta Junior Scholarship program, launched in 2009, was created to allow one highly-talented driver a year to enjoy complete funding for a season in the Junior Championship. This is testament to the core values that underpin Ginetta Cars—as a true, trusted, and successful gateway into an international motorsports career for those who have the talent, desire, and aptitude to progress in all the areas needed to succeed in the modern world of motor racing—speed, professionalism, and, of course, commercial nous.
Ade Barwick, Commercial Director at Ginetta Cars, notes that, “Ginetta exists to provide accessible racing for all levels of driver, and our unique motorsport ladder has taken drivers from their first race aged 14 all the way to international racing stardom.”

It is somewhat inevitable, then, that Ginetta Cars would find opportunity in simulated racing, and would find themselves at the cutting-edge as this discipline begins to make an impact on the real-world motor racing scene. With the financial and commercial barriers to a motorsport career becoming ever more prohibitive for youngsters around the world, simulated racing has already shown its potential as a gateway into this exclusive, and highly-rewarding world.
“Sim racing is a new and increasingly popular entry-point into this world of motorsport, ” Ade Barwick said, “and we take it seriously as a discipline in its own right, so we are very excited to announce this partnership, and look forward to seeing what the competitors can do.”

Using the market-leading Esports motor racing simulator Project CARS was an easy choice once Ginetta decided to go this route. Unlike Ginetta’s real-world series, though, the ‘Ginetta x Project CARS Esports Cup’ is open to drivers from anywhere in the world, of every level, across PC, XBOX One, and PlayStation 4 platforms. This online only competition will be contested over the course of two adrenaline-fueled weekends between 18th November, and 4th December 2016.
The growing relationship with British-based Ginetta Cars further strengthens Project CARS’ market-leading Esports program, and solidifies the reality of simulated racing as an affordable entry-point into the exciting world of motorsport. Andy Tudor, Creative Director for Slightly Mad Studio, offered his thoughts: “This partnership demonstrates how closely Project CARS mirrors the real-world of motorsport, and the accuracy with which the cars and tracks are replicated in the simulator. Using our precisely recreated Ginetta Cars in an official Ginetta-sponsored championship opens an exciting new chapter of manufacturer-based motor racing for our racing drivers.”