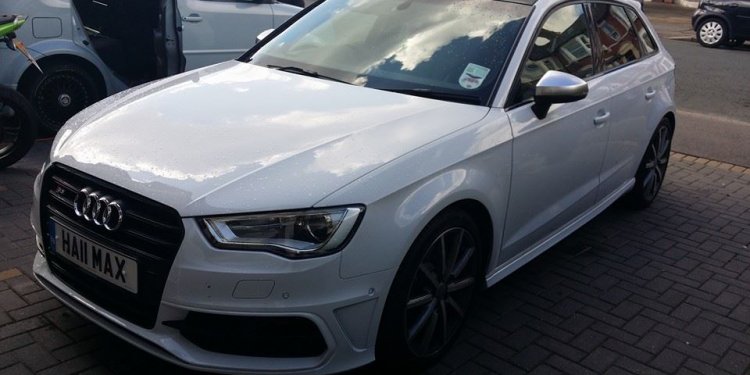 We take an unbiased look into the world of diesel tuning and look at your remapping options with the advantages and disadvantages outlined.

From a diesel perspective, anything that isn't turbocharged is a waste of time from a tuning point of view.

Similarly, anything that isn't using electronically managed direct injection is a pointless tuning proposal so we are somewhat limited to modern Turbo Diesels. Generally the newer the better, modern CR engines are more tunable than the older PD ones although both give really good gains.

Get rid of those two ointment bound flies and things start to get interesting.

A 2001 plated Peugeot 406 2.2HDi has been re-mapped from factory spec 136bhp (it's pretty good in that tune with 235lbft to play with!) to a whopping 192bhp @ 4150rpm and 329lbft (yes, that's right, we have NOT confused Nm with lbft) delivered from 2250rpm. Most modern diesels offer similar levels of Torque and show massive gains from just a remap.

This endows the car with mid-range thump that wouldn't disgrace a Boxster or Audi TT with the silly engine option. NO stopwatch necessary, this is a genuinely rapid car now, it both feels quick and achieves the numbers to be quick.

Diesels have come of age - near Boxster mid range grunt and twice the MPG.

The pro's of the modern Diesel.

The cons of the modern Diesel

Go figure for yourselves - and then reckon into the equation over 35mpg when driven in anger. A powerful turbo diesel is perfect for the young at heart grown up driver. Boy will you love that sheer muscle from the immense waves of Torque on offer. It is clearly the sensible and fun choice if you want power and economy.

Everyone who has driven a current 330d or a 535d will likely agree that they are disgustingly rapid from the factory. These engines can still be made to deliver more torque, but you have to question if it's really necessary given the ease with which they both fling themselves forward in response to a gentle squeezing of the right toes

Some assert that manufacturers modestly undertune the current crop of performance diesels in order to create a place in the market for their petrol powered models.

In the case of the Golf GT Tdi I've still to meet anyone who doesn't exceed the standard manufacturers acceleration claims by a whole second on a stock car. For some folks, only petrol will do and if this is you we strongly recommend that you spend a weekend driving one of the new crop of Turbo Diesels.

In our estimation these are of the older generation who will not even test drive a diesel car because 'they're slow and noisy, aren't they?' Just look how many current model Micra's are being driven around with Nissan's excellent but spineless small capacity 4 cylinder petrol units. Try the dCi 82, for example. It handles like a go-kart and accelerates absolutely beautifully. It would suit your dad perfectly.

Adding a larger turbo will dramatically increase the power on offer. Many production cars power can be almost doubled through the addition of a larger capacity turbo. Obviously the engine will need to be mapped to take advantage of this.

Remapping still holds out as the best value mod you can do to a diesel engine. Expect a power increase of around 20-30% from a remap and around 10% better fuel economy under careful driving conditions.

Research your mapping company well, there are lots of small operators out there who do not fully understand the complexities of each engine leaving you with flat spots, and running problems under certain conditions.

Peak power claims should really be ignored, you want a nice wide torque band and zero wheelspin at certain points of the ECU.

Induction kits and exhausts should theoretically offer a slight increase in power as you still require an efficient delivery of lots of cold air and a way to expel them as efficiently as possible.

In reality though OEM air flow is designed to more than adequately cope with the cars requirements with some spare capacity. But adding modifications that push the car way beyond the OEM limits may require that you revisit this and upgrade.