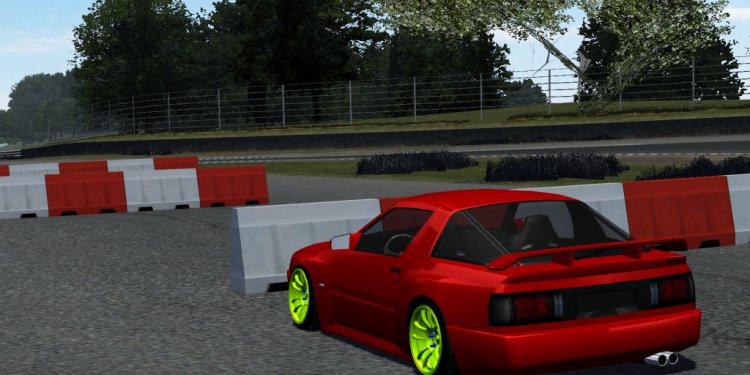 Many people fear that hacking and modding a car is illegal. Not true, but neither can you assume that the law allows you to do whatever you want to your car.

The regulatory power of the EPA and DOT is primarily concerned with setting and enforcing the regulations dealing with the type of safety and emission equipment that need to be present in cars in order for them to be sold in the United States. If you are the CEO of an automobile manufacturer or parts supplier, plan on looking closely at the guidelines set by these agencies.

As a private consumer, with few exceptions (like federal prohibitions against running leaded race gas on public roadways), you are unlikely to have direct contact with the federal government.

There is one instance in which the federal government takes a very active interest in your private vehicle, and this is where individuals either themselves, or through a broker, bring gray market cars into the U.S. for road use. A gray market car may be a model that was never officially sold in the U.S., but has become desirable enough to compel people to either skirt the law in order to bring them in, or to go through an expensive and time-consuming certification process involving crash testing and retrofitting emissions and safety equipment. The Porsche 959 and Nissan Skyline GT-R are examples of cars that were both so coveted by enthusiasts that companies and individuals certified some of these for legitimate gray market use. Other cars that have been available as variants outside of the U.S. (for example, high-spec and special performance editions) needed changes made to their equipment, such as glass, bumpers, turn signals, lighting, emissions equipment, and safety equipment, in order to be brought up to the same standards as their U.S. counterparts. If you are interested in either importing a gray market car or purchasing one that has already been brought in as a gray market import, have an attorney check to ensure that everything that needs to have been addressed to make the car legal for road use has been covered, including the accuracy of any and all documents submitted to both state and federal regulatory bodies. Fraud and perjury are serious crimes, and people have ended up with stiff fines and even jail time (and the cars were crushed) for gray market car deals gone bad.

As an individual, you are most likely to be concerned with regulatory agencies at the state and local level. While the federal government has many vehicle standards, when the car is on the road, the regulations are enforced almost exclusively by state or local government. Drivers in the U.S. encounter state-level involvement of vehicle registrations and/or safety inspections. Each state sets its own standards on how closely, and how often, they will scrutinize a car before issuing a license plate for the car or reviewing the vehicle’s registration. These regulations may be enforced differently depending on which county your car is registered in within the state. In California, for example, some counties require emissions testing every two years, while others require only that the vehicle pass emissions when it is first registered and do not require further testing, unless the car has been cited by law enforcement as a suspected polluter.

Before embarking on your modification regimen, it can be helpful to familiarize yourself with your local vehicle code. As the old saying goes, forewarned is forearmed.

The state regulatory agencies generally set forth their requirements in the motor vehicle code for each state. Many people are familiar with the VC initials followed by a series of numbers on the ticket for a traffic citation (for example, exceeding the posted speed limit). The same book of codes that dictates how fast you may drive on the highways of your state, or whether you can make a right turn against a red light, also lists requirements that vehicles must meet within that state’s jurisdiction. This includes everything from how low or high your car may sit, how loud the exhaust may be, to what type of lighting is or isn’t acceptable. Because driving on public roadways is “a privilege, not a right, ” these are the concessions that you as a driver must agree to abide by in order to exercise your privilege to use your car on public roadways.

Before beginning any modifications to your car, including those seemingly noble and uncontroversial modifications designed to improve its safety, acquaint yourself with the vehicle code regulations in your state:

Private roads (including the local racetrack and drag strip) are generally exempt from vehicle code regulations. These regulations are not in force at those venues.

When in doubt about the legality of the modifications you are considering (this includes the fuzzy dice hanging from your mirror — seriously), check your local vehicle code. Also note that assurances from the manufacturer that the parts are legal for emissions in all 50 states, for example, does not mean that they are legal everywhere for noise. Similarly, just because you bought your parts from a local car dealer for your brand of car and had them installed there does not mean that the parts meet vehicle code requirements in your jurisdiction. Note that the ARB (Air Resources Board) regulations concerning emissions may be listed separately and are also subject to enforcement in your home state.

The state corollary for the EPA is your local ARB. The primary concern of the ARB is to regulate the levels and types of allowable automobile emissions in your state. Some areas require stringent testing and monitoring of vehicle emissions, others require little or no such testing. These restrictions can be limited to problem metropolitan areas or may be statewide. Before tampering with emissions equipment, check the requirements of your local ARB.

Local ordinances at the county or city level (even your homeowners association may have ordinances) may set specific requirements.

Generally, if you have met the requirements of the state vehicle code, then you are operating within the letter of the law. However, if your car with wild graphics and flaming hot pink paint is considered an eyesore by your neighbors, expect that there will be repercussions for parking it prominently outside. If the neighbors complain about tacky pink flamingo lawn ornaments, they will most certainly complain about a tacky pink car.