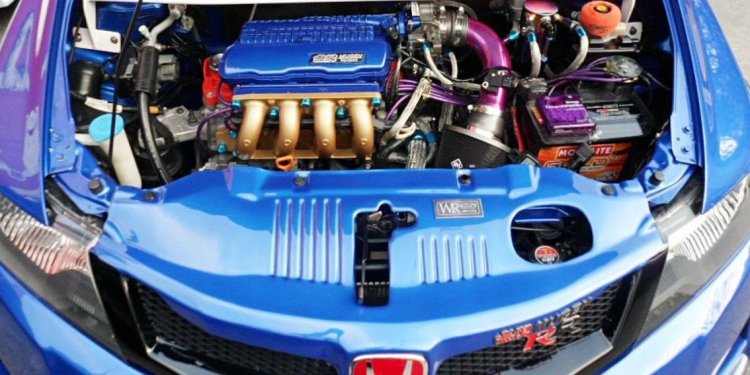 Think Gatebil and it’s not hard to conjure up thoughts of mutant creations with mind-blowing four-digit horsepower outputs being thrown sideways at speed. And there’s a good reason for that, because when it comes to building cars – especially crazy-fast cars with outside-of-the-box thinking – Scandinavia does it like no other.

But amongst the mayhem you’ll find cars like Tobias Andersson’s 1993 Toyota Supra RZ – a well-known Swedish creation from the garage of Gatebil regular Peter Björck, aka ‘Bjørcks Busbil’, aka the builder/owner/driver of a certain Volvo 245 wagon. Not only is the JZA80 one of the cleanest street-driven Supras you’re ever likely to come across, but having stamped its mark on the strip with an 8.82-second pass with Peter at the wheel, it’s probably one of the quickest too.

It doesn’t take a genius to work out that moving a fully-loaded Supra down the quarter mile in less than nine seconds takes an almighty amount of power, and as you’ve probably worked out by the title of this post, this one has rather a lot of it. Interestingly enough, when Peter built the Supra he was never chasing a specific number or had a particular horsepower goal in mind, but through the evolution of its factory-fitted 2JZ-GTE engine a staunch 1, 294whp is where it’s ended up.

If that number wasn’t impressive enough in its own right, the fact that Peter built the car himself in his garage with no previous experience with Toyotas – or the venerable 2JZ for the matter – is testament to the achievement here. Of course, being an aircraft technician and obviously someone with an eye for detail has certainly helped the cause.

And there are details aplenty, whichever angle you view the car from. Peter originally imported the Supra from Japan, and thanks to one of its previous owners it had already been subtly upgraded with a Border front bumper, Bomex side skirts and 98-spec headlights and tailights. The Euro-spec bonnet is one of Peter’s small touches, as is the left-hand-drive conversion – something that he didn’t have to do, but wanted to.

The Work Meister S1 alloys also came with the car from Japan, and at 18×10-inch and 18×12-inch front and rear respectively they’re a perfect fit. The wheels and their Yokohama AO48R semi-slicks see street and track duty, with Weld wheels and drag-specific rubber getting swapped on for quarter mile jaunts. On those days a Simpson parachute is attached at the rear too.

For Peter and now Tobias however, the Supra is primarily a street car – and the further you look into it the clearer that becomes. Albeit a street car with the ability to handle much more pressure than its 30psi Auto Meter Pro-Comp gauge can read.

Ever since the Supra was built in Sweden, its 2JZ-GTE has been through a few different guises, each time becoming more and more powerful, until it looked like this. According to Peter, thousands of hours were invested into the creation of this car, and gazing into the jaw-dropping engine bay that’s nowadays awash with polish and carbon fibre, it’s not hard to see where a lot of his time went. I love the fact that something can be completely over the top, yet thanks to an almost monochromatic finish understated at the same time.

As impressive as it looks on the outside, within the walls of the straight six is where most of the work has gone on. Custom CP forged pistons and Carillo rods feature, as do Crower cams and oversized valves in the JB-Engine race-prepped DOHC 24-valve cylinder head. Those beautiful adjustable cam gears are Peter’s owned handiwork, and one of a long list of custom parts that he casually knocked up at home.