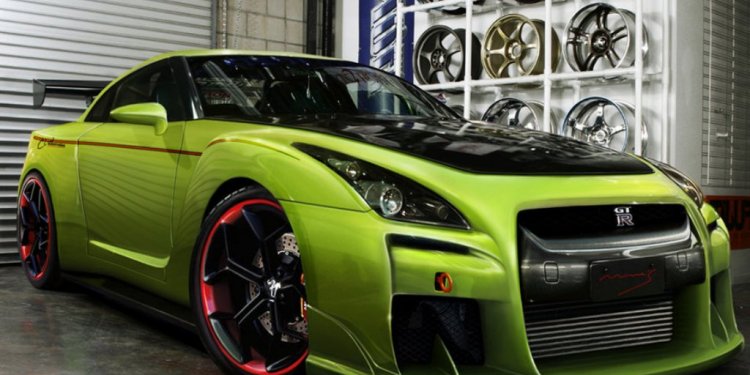 Love them or hate them, the movies in "The Fast and the Furious" franchise deliver on what they promise: gratuitous action and lots of cars. The plots may only hold water until you start to think about them, but each film seems to outdo the last in terms of physics-defying stunts and the rarity and quality of the sheetmetal on screen. With hundreds of cars featured over the years, it's tough to choose just a handful. Nevertheless, here are our top 20 cars from the first six films.

At the end of the first film, Dominic Toretto (Vin Diesel) races Brian O'Conner (Paul Walker) in his father's 1970 Dodge Charger, which is said to have 900 hp. After just missing being hit by a freight train, the Charger hits a truck and flips through the air. Although it looks like the Dodge muscle car's racing days are over, the car returns for films 4 and 5 to break Toretto out of a prison transport bus.

At the beginning of 2003's "2 Fast 2 Furious, " Brian O'Conner drives an R34-generation Nissan Skyline GT-R. He enters the car in a four-way street race, where he jumps the twin-turbo, all-wheel-drive coupe off a bridge before getting car-tasered by the cops. The R34 returns in the fourth installment, though it's unclear if O'Conner installed a "Gallo 12" or "Gallo 24" engine this time around.

No, the bright green Mitsubishi Eclipse from the first film hasn't aged well. But despite the tacky graphics, over-the-top body kit, and neon underbody lighting, the car has become one of the most iconic of the series. Although it's never made clear exactly which model is featured in the film, a 210-hp, turbocharged, 2.0-liter inline-four and all-wheel drive came standard on the second-gen Eclipse GSX. The "danger to manifold" warning and drop-away floor pan, however, did not.

The original Acura NSX made appearances in several films in the series, but it was most prominently featured in films 4 and 5. Mia Toretto (Jordana Brewster) drives a black late-model NSX-T with parts from the Japanese-market NSX-R. The mid-engine sports car's total screen time is brief, but its presence is definitely welcome.