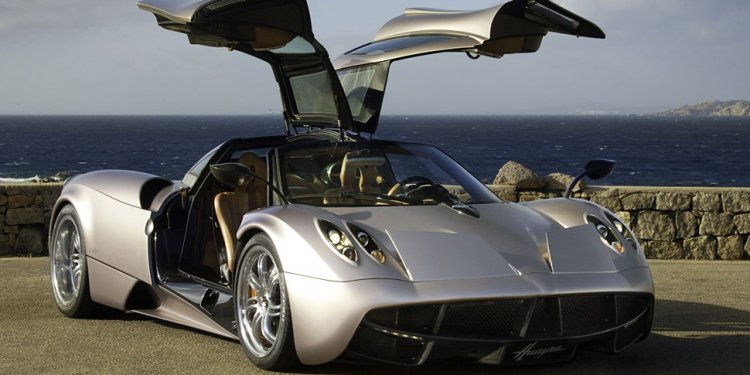 Vehicles serve a practical purpose; to get us from point A to point B, but for many a car is much more than a mere mode of transportation, it’s part of our identity and represents who we are. Those who desire performance, style and prestige in an automobile have a plethora of choice to get where they’re going, plus look and feel good in the process. This article will identify the fastest 2015 model production cars in various price categories and recommend the best bang for the buck performance sports cars rolling off assembly lines.

When we talk about fast cars, top speed is one benchmark but to own a million dollar Bugatti Veyron Super Sport, with a world’s fastest top speed of 431 km/h (268 mph), how many owners are really going to explore the upper echelon of 400 plus km/h? Unless you’re on the German Autobahn, responsible Canadians do not drive double the speed limit in our country. Bear in mind, being caught going 50 km/h above the speed limit in Ontario results in an automatic licence suspension.

A more relevant way to think about fast cars is acceleration from 0 to 100 km/h (0 to 60 mph) and quarter mile time. Street racing is illegal however many with fast cars enjoy testing their performance and driving skills on a sanctioned racetrack under safe and legal conditions. There are many performance characteristics to consider when choosing a fast car. My recommendations are based on acceleration for normal driving conditions plus value and style. Below are 12 of the fastest street legal cars of 2015 in production sold at Canadian dealerships.

2015 marks the release of an all-new sixth-generation of Ford’s iconic pony car – going stronger than ever 50 years into production. The affordable performance coupe starts at $24, 068 for the base V6 model. Step up to the muscular 5.0L V8 GT and this Detroit built bad boy pounds the pavement with a whopping 400 lb-ft of torque and 435 horsepower accelerating from 0 to 100 km/h in 4.5 seconds with a top speed of 264 km/h. Available as a convertible and with several special editions, the Mustang will climb north of 50K however, the best bang for the buck performer is the Mustang GT Coupe, an excellent value starting at , 867.

The Subaru WRX STI has a cult following of loyal “Sube” enthusiasts. Subaru’s high performance sport sedan is a winner on the rally circuit thanks to its all-wheel drive capability. Refreshed for 2015, the WRX STI is powered by a 2.5L turbocharged Boxer 4 cylinder engine producing 305 horsepower and 290 lb-ft of torque to propel it from 0 to 100 km/h in a mere 4.5 seconds. Six-speed manual transmission is standard. With a staring price of $37, 995, the STI offers Japanese quality and reliability with street and track credibility.

Another American sports car icon has had a recent rebirth with the seventh generation Chevrolet Corvette. The base Stingray model has a starting MSRP of $63, 395. The powerful V8 produces 460 horsepower and 456 lb-ft of torque to catapult the Stingray from 0 to 100 km/h in 3.8 seconds. If that isn’t enough power then shell out another 27K for the supercharged Z06 delivering 650 horsepower and 650 lb-ft of torque launching the Corvette into super car stratosphere for less than half the price of European exotics boasting the same performance stats (0 to 100 in under 3 seconds). The Z06 can be had for as little as , 895. Seems like a bargain for that kind of performance.

The Dodge Charger SRT Hellcat is the fastest production sedan in the world. This top trim Charger is equipped with a 6.2L supercharged HEMI V8 with TorqueFlite 8-speed automatic delivering 707 horsepower and 650 lb-ft of torque. The Hellcat can claw its way from 0 to 100 km/h in just 2.9 seconds thanks to wide 275/40ZR20 rubber. Massive Brembo brakes complete the sport appearance package and provide incredible stopping power. Just imagine, for a mere $78, 080 you can take the family out in style and blow the doors off any high performance coupe on the road.

Aptly dubbed “Godzilla” the GT-R is Nissan’s halo car embodying all the performance and technology that the Japanese automaker has to offer. The GT-R comes from a proud lineage of “Skylines” from the Japanese domestic market and was made available to purchase in North America with the introduction of the 2009 R35 model. The GT-R Nismo is considered one of the best handling production cars achieving the third fastest time at the famed Nürburgring racetrack, just behind the Porsche 918 Spyder and Lamborghini Aventador LP 750-4 Superveloce, two super exotics more than triple the price of the GT-R Nismo. The GT-R features a smooth dual clutch 6-speed transmission, all-wheel drive, 20″ RAYS wheels and 8 piston Brembo brakes. The 3.8L V6 Twin Turbo produces 545 horsepower to accelerate from 0 to 100 km/h in 2.7 seconds. The GT-R is undoubtedly one of the fastest cars in its price range starting at $110, 000. A Black edition and NISMO are also available.

One of the most beautiful cars on the road, the F-Type R Coupe is the total package with distinctive style, performance and brand cache. Its 5.0L supercharged V8 engine produces 550 horsepower, accelerating from 0 to 100 km/h in 4.1 seconds with a top speed of 300 km/h. The interior is one of the nicest I’ve ever seen. Jaguar Canada president Lindsay Duffield joined me in the cockpit of the F-Type R at the Canadian International Auto Show and with great pride explained the layout and design that puts all controls at the finger tips of the driver. If I were to spend (in the ballpark of) $117, 500 on a sports car, this would be my choice.