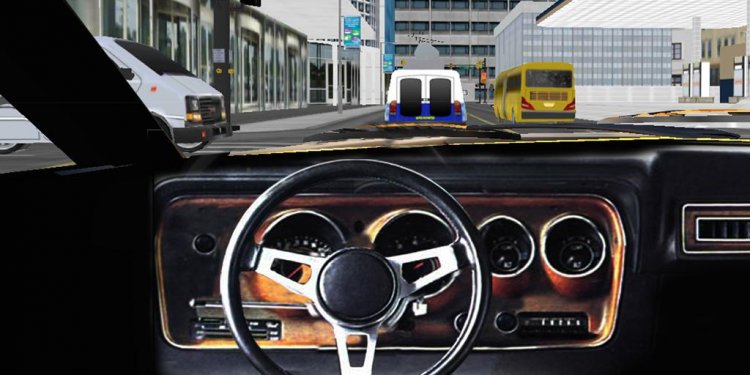 In the early 1980s Japanese gaming powerhouse Namco was riding high following the huge success of Pac-Man, but the company didn't stop innovating there. In 1982 it released Pole Position to both arcades and home computer, and the game came to define the driving simulation. It introduced many of the game features we now consider standard, including checkpoints, qualifying laps and use of a racing wheel.

At the time it was warmly received by critics too, receiving praise for its cutting-edge graphics and realism. By today's standards it looks hilariously antiquated, but since then developers have continued to work hard to build increasingly realistic driving simulations.

James Dover, Sim Engineer at Lets Race, a racing simulation experience where you actually get to sit in a racing car, told us: "There's a massive difference between a game and a simulation, and yet there's a fine line that separates them."

In other words, he's alluding to the fact that depending on whether you're making a 'game' or a 'simulation', there are subtly different objectives: simulations aim to be as realistic as possible, recreating real-world conditions whether or not it makes the experience more or less enjoyable.

Games, meanwhile, place an emphasis on, well, having fun. And if you're a game developer wanting to maximise enjoyment for the player, then compromises on realism will almost certainly be necessary.

"The main consideration is how the end user will 'play' the game, " adds James. "Controller? Keyboard/mouse? No – any real sim will be aimed at using a steering wheel and pedal combo, and will offer the capacity to tweak those settings until the cows come home."