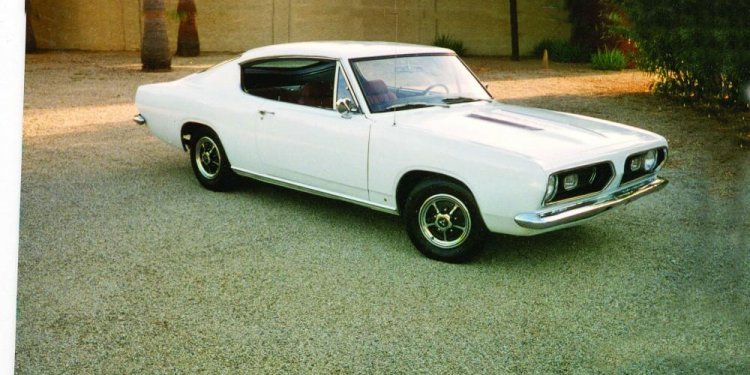 The weather is looking up, which means project car season is coming. Read this before you start your crazy build.

Rust kills cars. Don't buy an old Triumph that's been sitting in a New England back yard for the last twenty years. Even if it's cheap, a rusted out car won't be worth the trouble.

"When it's 2 am on a saturday night and you are 4 bolts from having that sweet rebuilt and repainted subframe back under your s14 and the only 19mm socket you own cracks because it's cheap, it's the worst feeling of defeat ever. Ask me how I know."

Suggested By: Scaggnetti, Photo Credit: Myself248

The line is "Speed costs money. How fast do you want to spend?" Take turbos for example. They're a great way to add power to your motor, but not nearly as simple as slapping one on and cranking up the boost. Let Coonanner tell you:

"'Just because the turbo can put out more boost, that doesn't mean the connecting rods will stay inside the engine bay.'

I was way, waaaay too abusive with my Volvo 240 wagon that I turbocharged. I ended up going through six engines in that car testing the boundaries of what the stock bottom end could withstand, machine-gun fire detonation included. Turbo boost is f'ing addictive, man. It takes a tremendous amount of self control to keep from blowing up your car when you know just the twist of a screw could give you another 100hp.

Putting money into security measures (anything to stop detonation) really pays dividends down the road. Get the bigger intercooler, get the better knock sense, get the better ignition control."

7.) Tag and Bag Everything

Ziplocs and Sharpies are your best friends. If you take apart your car and don't bag and label every part that comes off, you're going to need all the luck in the world finding everything later.

6.) Someone Will Build Something Better. That's OK.

It's inevitable: you're going to finish up your project 240SX and maybe you've put some nice wheels on it and some coilovers, and you decide to take it to your local car show. You feel great until someone shows up with a perfect LS3-swapped S14, and you feel like crap.

Unfortunately that's going to be the case no matter what your building, so you have to accept that and be proud of your handiwork.

5.) Don't Have A Project Car As Your Only Car

This is common sense, but it's worth repeating. Don't rely on something that's going to spend more time in pieces than on the road as your daily transport. Unless you don't need a car daily, a project car should always be at least a second car.

4.) It's Only Cheaper If It Works, Not If You Have To Do It Twice

Don't buy cheap parts. What will inevitably happen is that you'll go for the cheaper part, it'll break and you'll have to replace it with either another cheap part or the more expensive part you should have bought in the first place.

Research everything. The car you're going to buy, the parts to buy, the people to work on it, etc. You'll pay dearly for not taking the time to do your homework before diving into a project.

Read the forums, and talk to the experts!

2.) It'll Take Longer Than You Think

Just accept that it'll take more time than you planned for to finish your dream build. Don't be tempted to do a half-assed job because you want it done, just take your time and do it right.

1.) It'll Cost More Than You Think

Price out what you think the project will be and double it. It might be a little more or a little less than double, but I can assure you it'll be more than you planned initially.

Welcome back to Answers of the Day - our daily Jalopnik feature where we take the best ten responses from the previous day's Question of the Day and shine it up to show off. It's by you and for you, the Jalopnik readers. Enjoy!