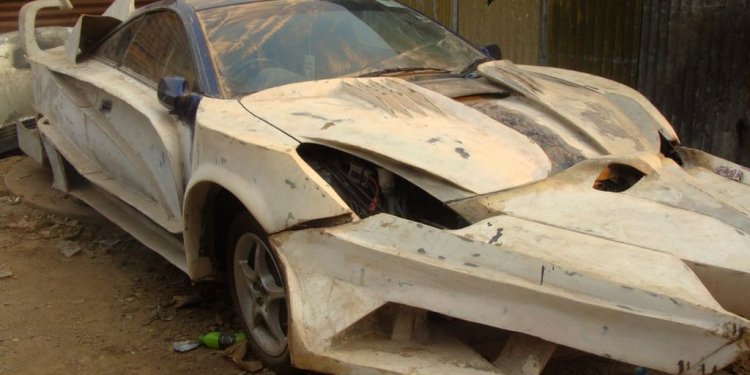 Armed with a few pieces of cardboard and masking tape, Max Siedentopf set out on the streets of Amsterdam looking for the most average cars he could find.

Photographer Max Siedentopf has no idea who the cars in his photos belong to. What he did know the second he saw them, is that they were in dire need of an upgrade.

Armed with a few pieces of cardboard and masking tape, he set out on the streets of Amsterdam looking for the most average cars he could find. He often had to work quickly to stick on his custom-made fenders and wings before someone would spot him and ask what he was up to. After he customized all the Peugots, Lancias, and Volkswagens, he'd snap a picture and take off, leaving the pimped ride for the lucky owners to find the next morning.

When we asked Max why he spent his nights pimping strangers' rides, he said: "Individuality, self-expression, and status are more important than ever these days. But for some reason you see that things as ordinary as cars are getting personalized less and less, while it could be a strange but great form of self-expression. I thought I'd do people a favor by giving them a custom-made supercar."