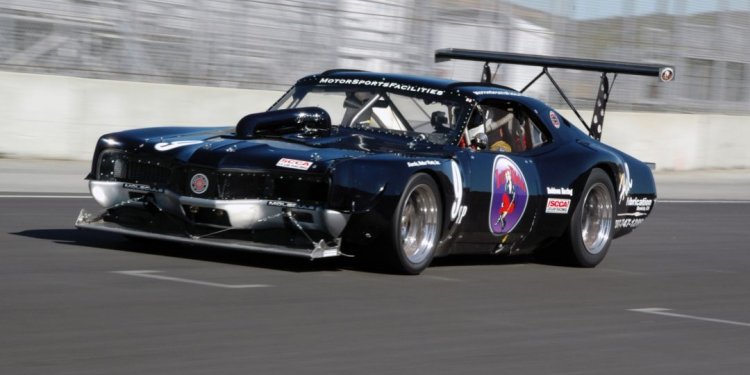 The tilt of the wheel is known as the camber angle. Tilting the wheel in that manner is called negative camber. Doing it the other way around (top outwards) is positive camber.

Mounting the wheel with a negative camber improves grip under hard cornering as it counteracts rolling. On a completely level tire (0 camber), when a horizontal force is applied to the rubber, it rolls, causing the inner edge of the contact patch on the outer wheel (and the outer edge on the inner wheel) to lift, reducing the size of the contact patch, and subsequently grip. By tilting the tire inwards, this is counteracted, but at the cost of a reduced contact patch when driving in a straight line. It's a tradeoff and requires careful modelling and testing to determine the optimal camber angle for a given vehicle.

Some F1 cars utilize variable camber systems, allowing the camber angle to be adjusted on the fly, giving ~0 camber on the straights and proper amounts (again, determined by careful modelling and testing) of positive/negative camber when turning.

That extreme amount of camber on the car you showed is purely stylistic and would be horrible for both tire wear and handling, but lesser amounts of camber are common. For example, the negative camber angle is plainly visible on the wheels of this Ferrari F1 car.

If you're only turning in one direction (i.e. oval racing), you can further optimize by applying both positive and negative camber to the inner and outer wheels respectively, countering the rolling on both wheels, giving you maximum grip when cornering. This is pretty much ubiquitous in NASCAR.