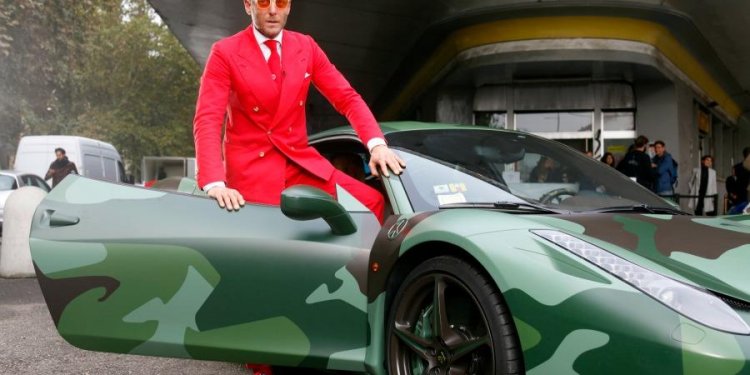 Regular, box-stock Porsches — nice as they may be — don’t really suit Mark Dunn, a Dallas-area entrepreneur with an eye for design.

So when he recently ordered a 2016 Porsche 911 GT3 RS, a blazing track-bred coupe barely suitable for the street, he specified a wild purple color with a larger fuel tank, special racing seats — and a cup holder.

“My way” rules these days at high-end automakers like Porsche, Bentley, Rolls-Royce and McLaren.

Increasingly, those companies and others offer a wide array of highly specialized parts, unique leather interiors and one-off paint jobs — custom additions that can cost anywhere from a few thousand dollars to $80, 000 or more.

You want leather-trimmed air-conditioning vents or a carbon-fiber roof or seats the color of the Texas sky? Done.

While highly profitable, the customization trend also signals a flamboyant end to the gloomy post-recession period five years ago when even affluent consumers were reluctant to spend big.

This video is not viewable on this device.

“It’s not a bit unusual for a [Rolls-Royce] Phantom buyer to have $60, 000 to $80, 000 worth of bespoke items, ” said Heath Strayhan, general manager of the Park Place Premier Collection in Dallas. “There is an expectation at this level that the car needs to be special.”

Dunn, the purple Porsche owner who has several other rare Porsches, likes being able to shape his cars the way he wants them.

“It doesn’t matter what the car is, ” said Dunn, founder of United Notions of Farmers Branch, a specialty fabrics supplier. “Getting a new car is even more of a rush when you can do the customizing on it and make it your own.”

The small but growing trend flies in the face of the current fascination with self-driving cars — essentially soulless, four-wheeled appliances.

“It suggests that no matter how many advantages you may get from autonomous vehicles, there will always be a component of buyers who don’t want to go along like sheep and just be one of the crowd, ” said Karl Brauer, senior analyst at KBB.com. “And these are people willing to pay for that privilege.”

For now, customization is mostly limited to expensive vehicles whose buyers can — and will — pay more to get exactly what they want.

“Just being wealthy isn’t enough, ” Brauer said. “You want to be wealthy and unique, and that’s why high-end manufacturers have set up all these bespoke operations.”

With help from technology, though, customization could trickle down to average vehicles someday, which could be a boost for manufacturers struggling to make a profit on average midsize vehicles.

“As technology gets better, we will be able to do more and more of it because it will lower the cost of that sort of low-volume work, ” said Carl Sewell, chairman of Dallas-based Sewell Automotive Cos. “There is a significant share of the market — regardless of income — that wants something special and unique.”

A family crest stitched into sumptuous leather seats, unique fender vents or a special powder-blue paint job have been part of operations at Rolls-Royce and Bentley for decades.